Leading on the infrastructure, the East of HCM City is seeing the launch of many projects 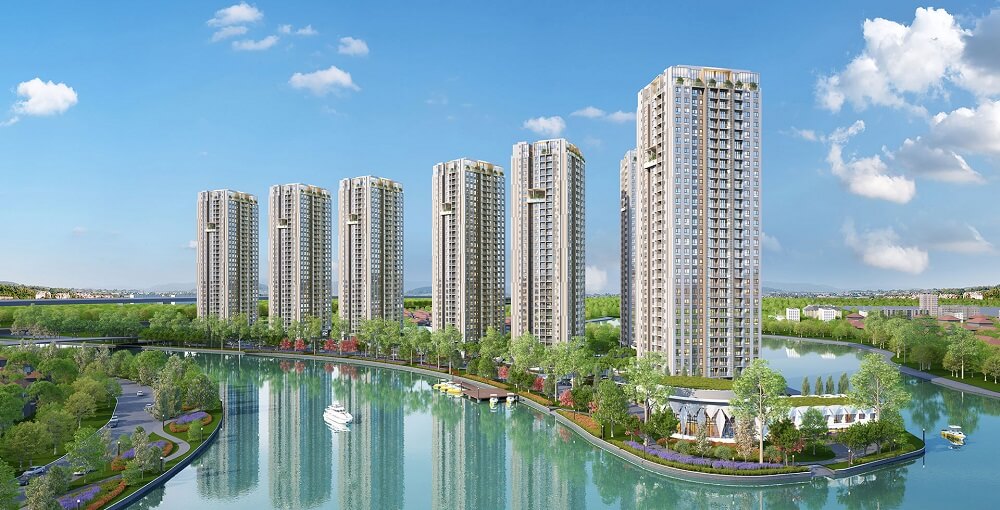 As the “gateway” connecting the “golden economic triangle” of Binh Duong, Dong Nai and Ho Chi Minh City, etc., Saigon east area including District 2, District 9 and Thu Duc is named “The King of Speed” by players in the real estate market. Thanks to a series of key projects along with the synchronized planning of infrastructure, real estate value in this area has been raised.
The infrastructure “storm” heading to the East
In the overall urban development strategy, Ho Chi Minh City is determined to develop in all directions of East, West, South and North. Up to now, most of the major routes go through the East, namely: Sai Gon River Tunnel, Vo Van Kiet street, Thu Thiem bridge, Saigon 2 bridge linking the city center with District 2 and District 9.

Gem Riverside is the first project in premium segment invested and developed by Dat Xanh Group in the east.Inspired by the extraordinary natural beauty of Ha Long Bay, located on the banks of the Giong Ong To River, Gem Riverside project covers an area of over 6.7 hectares in the Rach Chiec area with river views of from different sides; it consists of 12 towers resemble to 12 oasis of Ha Long Bay – the world’s natural heritage recognized by UNESCO; with 3,175 apartments of a wide area range (49-201 m2), including 34 duplex villas, 96 penthouses and more than 3,000 standard apartments from 1-3 bedrooms, meeting all residential and investment needs.
With a construction density of only 31% of the area, Gem Riverside has more than 60 facilities outside and 45 inside the project, which follow resort apartments style, such as: infinity pool, overflowing pool, sky swimming pool, garden terrace, gym, spa, multipurpose sports area, community center, kindergarten, children’s area, café, mini market, BBQ, 24/24 security with camera system, magnetic card, video intercom, and marina, park, etc.
Thanks to its strategic location, Gem Riverside residents easily connect (takes 15 to 20 minutes) to all of the city’s economic, political, security and entertainment centers via Long Thanh – Dau Giay expressway and two main roads of Hanoi Highway and Mai Chi Tho Boulevard, and even by waterway when the river bus route could be extended here.
With the advantages of location, utility and infrastructure, the value of Gem Riverside project invested by Dat Xanh Group will be enhanced for the benefits of its residents and investors. It is expected that in the first phase (Ruby Riverside complex) will be completed and handed over by the end of 2020, giving residents the opportunity to fully enjoy the resort-like experience of the “Halong Bay in heart of Saigon. “./.
Dat Xanh Group